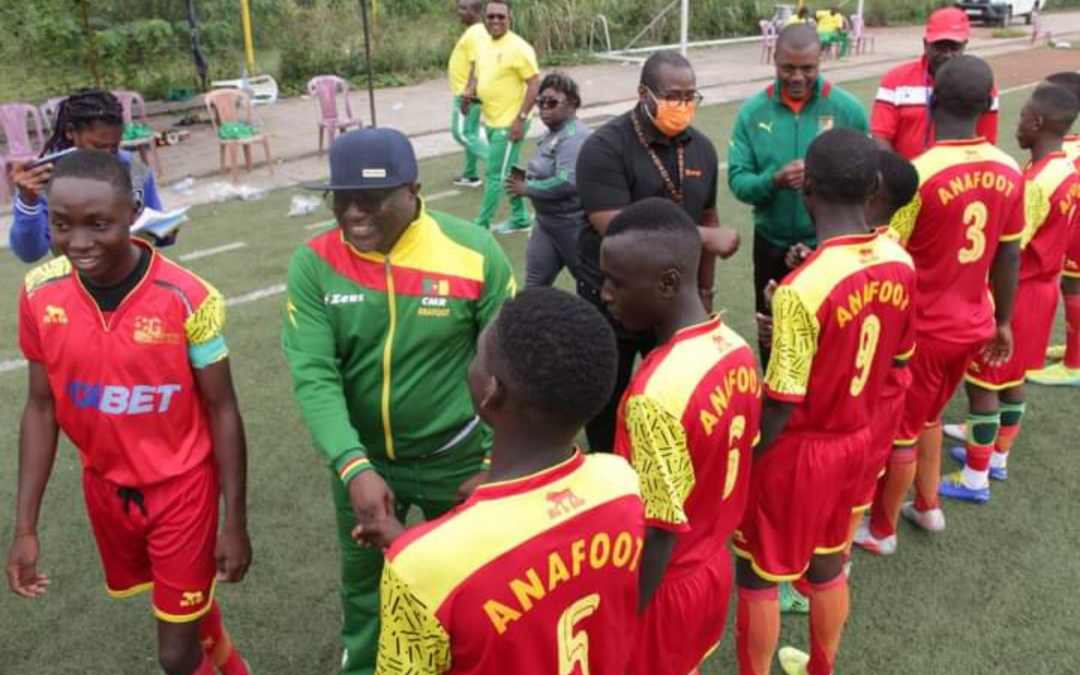 The 6 team football tournament held over 5 days at the CAF Center of Excellence, Yaounde, Cameroon, saw 80 boys compete against each other to be crowned regional champions.

The competition was covered by several media houses and the support of SocaLoca allowed ANAFOOT to not only administer the competition, but to also record their games which will be uploaded to the SocaLoca’s free Academy Console for further analysis at a later date.

“The purpose of the competition was to identify the best players from the several regions participating. The analytical tools provided via SocaLoca’s Academy Console will allow ANAFOOT to further enhance their decision making process when forming their elite group”.

“It is great to be here in Yaoundé to see the fantastic talent that ANAFOOT are producing. SocaLoca and its Competition Management Module fit perfectly in line with ANAFOOT’s plans and aspirations to become the leading academy in Cameroon. The Competition Management Module has allowed them to easily manage their football tournament, registering results, squads, goal scorers and even the Man of the Matches. To accompany this SocaLoca’s Mobile App allows all coaches, staff and players who have downloaded it, to keep up to date with tournament results along with each players individual statistics as the tournament progressed”.

Are you a Football Tournament organiser?

SocaLoca has identified a need for free software to be made available to assist the the infrastructural gaps faced by Football Associations and there stakeholders. As such the SocaLoca Competition Management Module is free to all Tournament Organisers, and allows Tournament Organisers to freely administer their tournaments on any scale.

To read more about the features available or to register yourself as a Tournament Organiser click here.